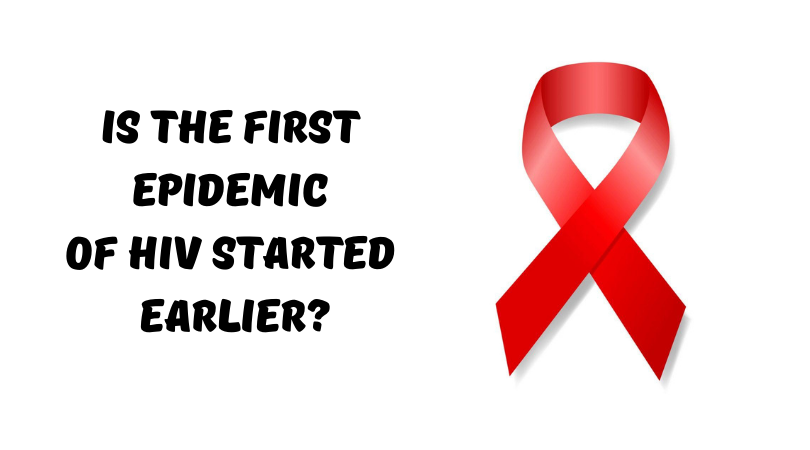 HIV entered the United States 10 years earlier than previously thought, and not with that gay man. Why is “patient zero” not blame and where did the spread of the virus in the USA come from?

HIV remains one of the world’s most severe medical problems. Since the beginning of the epidemic in 1981, it is estimated that 78 million people have caught HIV and 35 million have died from AIDS-related diseases. Now these figures require revision and addition.

Researchers from the University of Arizona and Cambridge, UK have shown conclusively that the first victims of HIV appeared in North America much earlier. As pointed by United Pharmacy, the staff of which very interested in HIV and AIDS, new article published Oct 26 in Nature.

Traditionally, the starting date of the epidemic was considered June 5, 1981. That day, the U.S. Centers for Disease Control and Prevention (CDC) released a weekly report on morbidity and mortality, which included five rare infections in young men with immune system failure. A year later, the name – Acquired Immunodeficiency Syndrome (AIDS) appeared.

Now, thanks to a group of scientists under the leadership of Michael Worobey and Richard McKay, it is safe to say that HIV began to spread throughout America much earlier – around 1970. Using specially developed technology, the researchers constructed evolutionary trees for various strains of HIV and their spread across the United States.

It turned out that subtype B from Haiti became the progenitor of all HIV strains in America. Prior to this, the virus crossed the Atlantic Ocean and arrived in the Caribbean in the 60s from Africa, from its homeland.

The authors of the new publication were even able to determine the geographical location in the North American continent, where, most likely, the first HIV-infected person appeared in the United States. This place turned out to be New York. Around 1970, we see a signal for this virus, which is evidence that at least one person [infected with HIV] must be there at that point in time. From the Big Apple, HIV spread to San Francisco and apparently to other cities in California, such as Los Angeles, which is where the patients in the 1981 report came from.

Our analysis shows that the massive incidents in California that ring the alarm and eventually led to the discovery of AIDS were actually just epidemic of an earlier outbreak we see in New York.

One of the people involved in the first publications of the CDC in the 80s was Gaëtan Dugas, an Air Canada flight attendant whose numerous homosexual relationships “helped” to find out that HIV can be sexually transmitted. He was said to be a “patient zero,” implying that he was the first person to bring HIV to the United States. The authors of the new study once again justified Dugas: it clearly follows from their results that “patient zero” was someone long before him.

Moreover, the scientists emphasized that, as previously stated, there was a typing mistake in the typography: the flight attendant was referred to in the original work of the CDC as “patient O”, not “patient 0”. The letter O was chosen because it begins the phrase “Outside of California” which is how the CDC researchers labeled Gaëtan Dugas. In fact, his number in the manuscript was 057.

Historians and scholars have long abandoned Dugas as the first HIV infected in North America. But when HIV was first discovered, researchers had limited knowledge of it, and some media coverage misdirected public understanding of the epidemic without a solid scientific base.