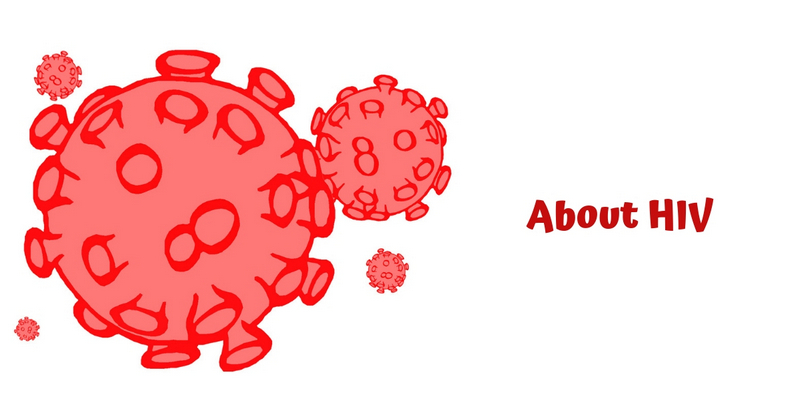 Today it is difficult to meet a person who would not hear about HIV and AIDS. Most, however, are confident that this problem will never touch them. In order for such confidence to be justified, in order to be able to protect yourself and your loved ones, it is necessary to know all about HIV infection in the 21st century.

HIV (Human Immunodeficiency Virus) is one of the most dangerous viruses for humans. It affects the immune system, whose main task is to protect our body from infections.

A few weeks after infection, symptoms of the disease develop – the temperature rises, lymph nodes increase, a sore throat, red spots on the skin, and diarrhea appear. The incomprehensible malaise quickly passes, and sometimes the mild signs of the disease go completely unnoticed.

For several years the virus has led a “quiet” life, not “vexing” a person. But all this time, he tirelessly destroys the immune system, multiplying due to its main cells – lymphocytes. Externally, HIV infection can manifest itself only by an increase in lymph nodes.

What is the difference between HIV infection and AIDS?

AIDS (Acquired Immune Deficiency Syndrome) is the ultimate and most severe stage of HIV infection. The devastating effect that HIV has on the human immune system for several years leads to the development of immunodeficiency. And this means that any infections, viruses and diseases no longer meet with a “rebuff” in their path, and the body is no longer able to fight them. An AIDS patient develops many serious illnesses, from which he eventually dies.

Is there a cure for AIDS?

The average life expectancy of an HIV-infected person is 5-10 years (if untreated). Although the “miraculous” vaccine against HIV and AIDS has not yet been found, research in this direction is proceeding rapidly and quite successfully. There are already drugs that suppress the reproduction of the virus, prevent the disease from progressing and prevent the transition of HIV to the AIDS stage. Many patients who started treatment 15 years ago (when these drugs were created) feel quite efficient today. Doctors give very optimistic forecasts about their life expectancy.

Who is at risk for HIV?

There is a widespread opinion in society that the main “providers” of HIV are people who practice risky lifestyles: men with non-traditional sexual orientation, people who inject drugs, people who are promiscuous.

However, in recent years, the “face” of the HIV epidemic has changed a lot. Throughout the world, the heterosexual mode of HIV transmission has become predominant. There are fewer injecting drug users and people with unconventional sexual orientation among those who are infected, but more and more people infected with heterosexual contacts. The number of HIV-infected women is growing at an alarmingly fast rate. This results in a sharp increase in the number of children born to HIV-infected mothers.

How is HIV transmitted?

In an HIV-infected person, the concentration of the virus is highest in the blood, lymph, semen, vaginal secretions and breast milk. Therefore, HIV infection can be infected:

In tears, saliva, sweat, urine, vomit, nasal discharge, HIV is contained in a very low concentration that is insufficient for infection.

How is HIV not transmitted?

How to avoid getting HIV?

Despite the increasing epidemic of HIV, an infection can be avoided. Prevention rules are simple but reliable. To completely protect yourself from the disease, you should:

The probability of birth of healthy children in HIV-infected mothers increases significantly if women are treated during pregnancy.

Why do I need to know that I have HIV?

HIV is very dangerous but it can be avoided!!!